The ‘Junction Centro Clock’ is iconic to those who use Stourbridge station regularly. The clock, based upon a colorful railway theme, stands 3.5m tall by the station exit. It offers those disembarking at the West Midlands station a wonderful first sight, whilst also displaying accurate time for those catching forthcoming trains.

Originally installed in 1997 by JB Joyce, part of the Smith of Derby Group, the clock is also supported by a train whistle when the time reaches the quarters and an emulation of a steam train passing on the hours. Whilst this audio noise is projected, the four signals at the top of the clock move up and down offering a fantastic sight for all.

Following 20 years of operation, it was decided that the clock system should be upgraded to ensure accurate time keeping for the future. Smith of Derby were commissioned to complete the upgrade works, which included new T200 motors for the clock, specially developed motors for the signals situated at the top of the structure, a full electrical upgrade of the system and a new ARU to keep the clock running should power be lost. 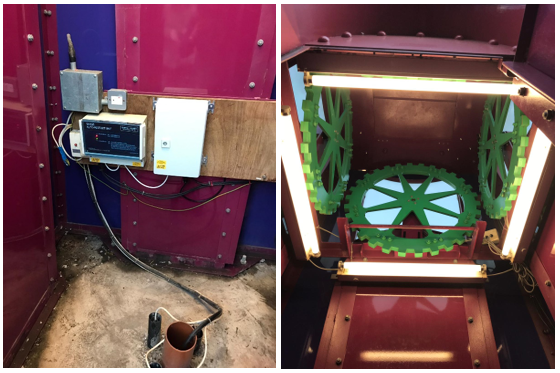 The works have now been completed meaning the clocks accurate time keeping will be there for all using the station in the coming years.