New Clock and Wind Vane for a Famous Nottingham Building

Smith of Derby were recently commissioned to supply and install a bespoke clock for the development of a famous 19th century building in Nottingham. The new clock was complimented by a new wind vane, with traditional cardinals, adding the finishing touches to a significant development within the City.

The City Building, situated in the heart of Nottingham, is steeped in history and has been home to many famous Nottingham enterprises, including Redmayne & Todd sports shop. In the spring of 2019 work started to convert the building into ‘Grade A’ offices, with a view to them being in use before the end of the year. 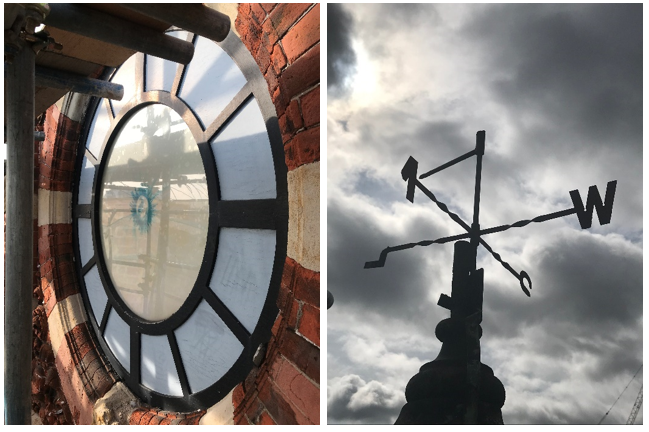 Left: The poppy which was a prominent part of the City Building. Right: The old wind vane before it was replaced which had been subject to some harsh weather.

A 5ft black skeleton dial, with acrylic backing, was installed as a replacement to the previous poppy by the Smith of Derby team. The H101 clock hands, from the Smith of Derby range, complemented the clock dial and were powered by a Smith of Derby T300 synchronous movement. Supporting the clock movement was a permanent inverter, ensuring that the clock will continue to operate should there be any local power cuts and the GMT/BST time changes are completed automatically. 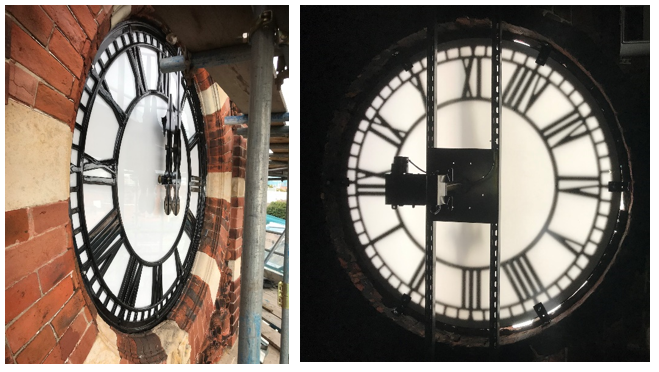 Finally, a new wind vane, with of a flag design, was installed to replace the old one which had been victim to the local weather over many years. The new wind vane was finished with four traditional cardinals, continuing the heritage of the project.